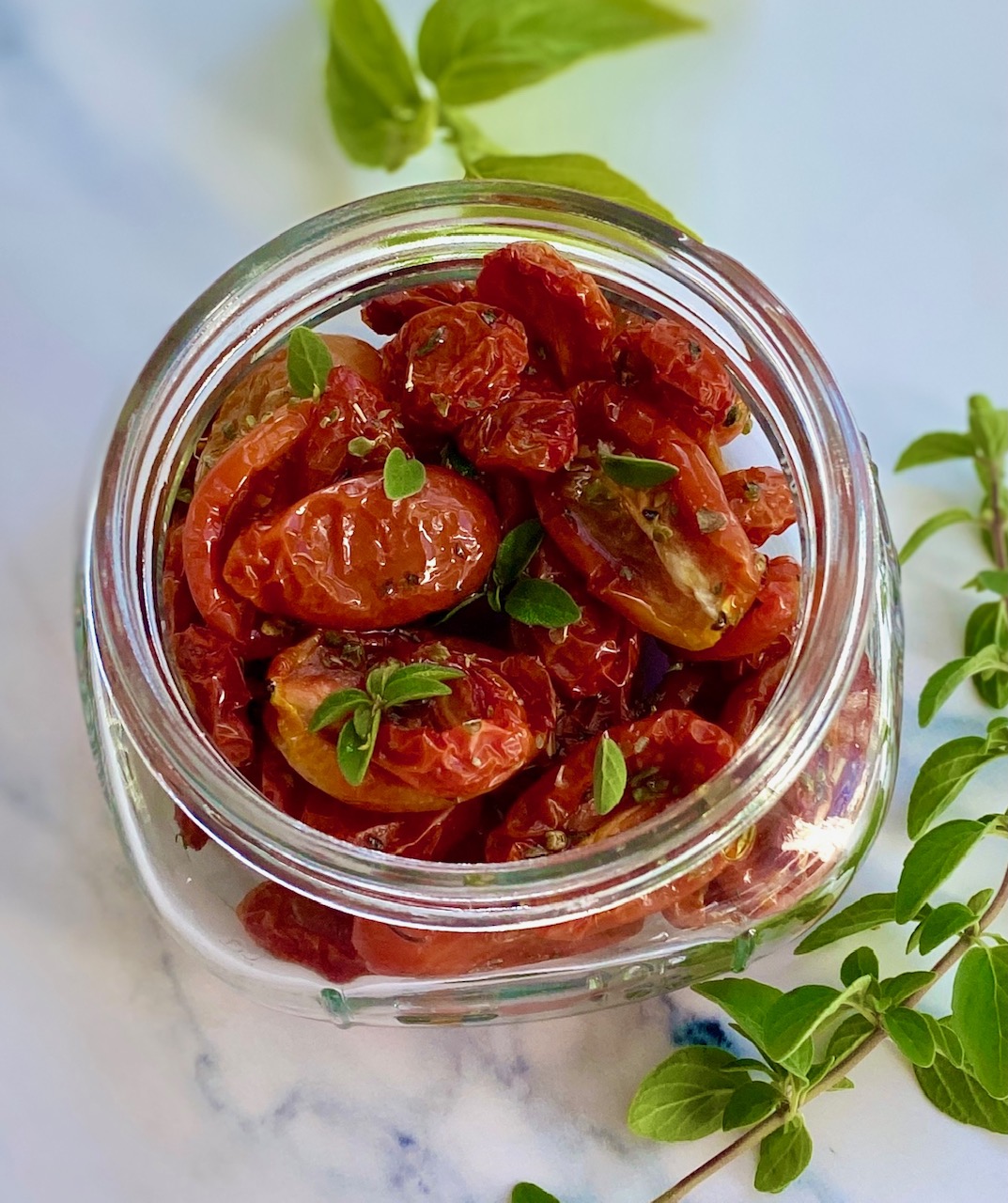 Tender Oven Dried Tomatoes are packed with flavor and are the perfect snack!

Softer than sun-dried tomatoes, they make a great nibble or appetizer but are also perfect for adding to pasta, salads, and other recipes

I fell hard for these flavor-packed oven dried tomatoes on my last trip to Italy. They are more tender than sundried tomatoes and were part of nearly every appetizer and salad I ate while traveling to different Italian regions.

They are irresistible and SO easy to make at home. I’ve been making them regularly and am a little obsessed! There is only about 10 minutes of hands-on work to make these tasty morsels.

No dehydrator is needed and there are just 3 ingredients: Tomatoes, olive oil, and sea salt (plus optional herbs)!

How to make Sun Dried Tomatoes in the oven:

How to store and preserve oven dried tomatoes

Unlike sun-dried tomatoes, these tomatoes still have some moisture remaining so they will need to be correctly stored.

Storing in the refrigerator:

Storing in the freezer:

Are oven-roasted tomatoes the same as sundried tomatoes?

Yes and no. They have almost the same ingredients but different cooking times.

You may have also heard roasted tomatoes referred to as ‘tomatoes confit‘, which is similar but usually includes cooking them in a larger amount of olive oil. The French term “confit” simply refers to something that has been slowly and gently cooked in oil.

Now that you’ve created these amazing tomatoes how do you use them? There are so many ways!

The inspiration for these tomatoes came from a simple but flavorful salad I enjoyed at Ristorante La Castellana. It’s located in the picture-perfect hills above Greve, Italy (Tuscany) in a village called Montefioralle. Everything was prepared beautifully and this simple combination of artichoke hearts, sun-kissed tomatoes, and olives was one of my favorites! 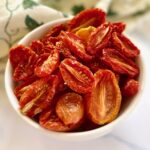