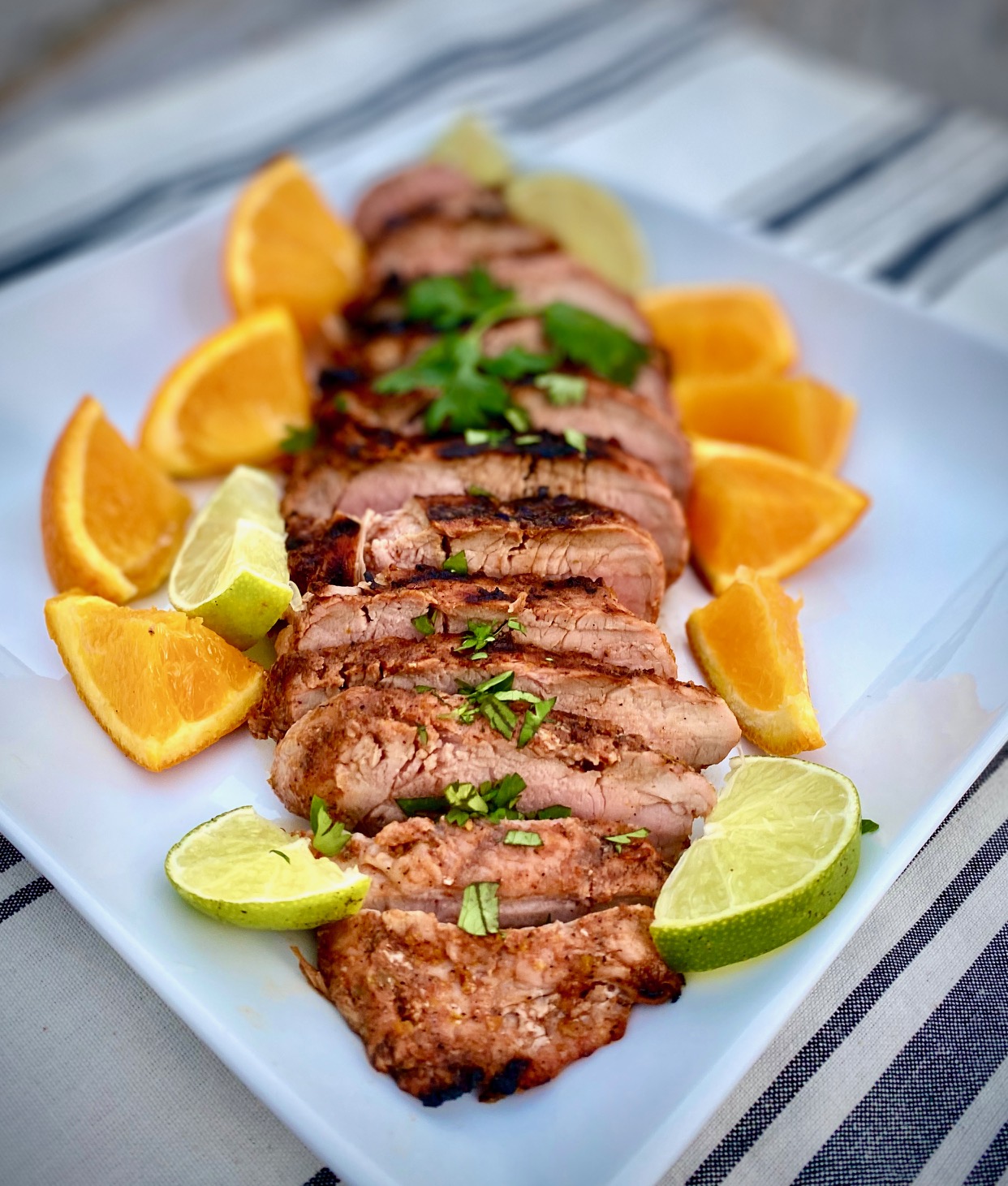 This pork tenderloin will be your new go-to for an easy dinner on the grill. Quick to make and loaded with flavor! Marinate it in the morning and grill it in the evening.

The marinade for this tenderloin is zesty, thanks to the chili powder and our homemade Sweet Chili Sauce, and citrusy because of the lime and orange juice, plus zest. We added a bit of soy sauce and hoisin sauce to give it a sweet-salty kick and beautiful color.

Pork tenderloin is one of the easiest dinners to make on the grill. The meat cooks fairly quickly and absorbs the marinade while developing a nice smoky grilled flavor.

Look for a nice plump tenderloin to ensure an even internal cooking temperature. Pork tenderloin will be perfectly cooked at 145°F, which will leave the center a slightly rosy pink. After cooking remove from the grill, cover with foil, and let rest for at least 5-10 minutes. Because tenderloins are lean it’s best to keep a close eye on them so they don’t overcook.

How to Grill Pork Tenderloin:

What to serve with Chili Lime Pork Tenderloin:

We love to serve this pork with our Sweet Chili Corn on the Cob. Be sure to add a few delicious sides:

Make your own Sweet Chili Sauce for the best taste: 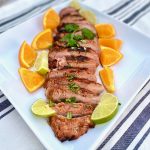