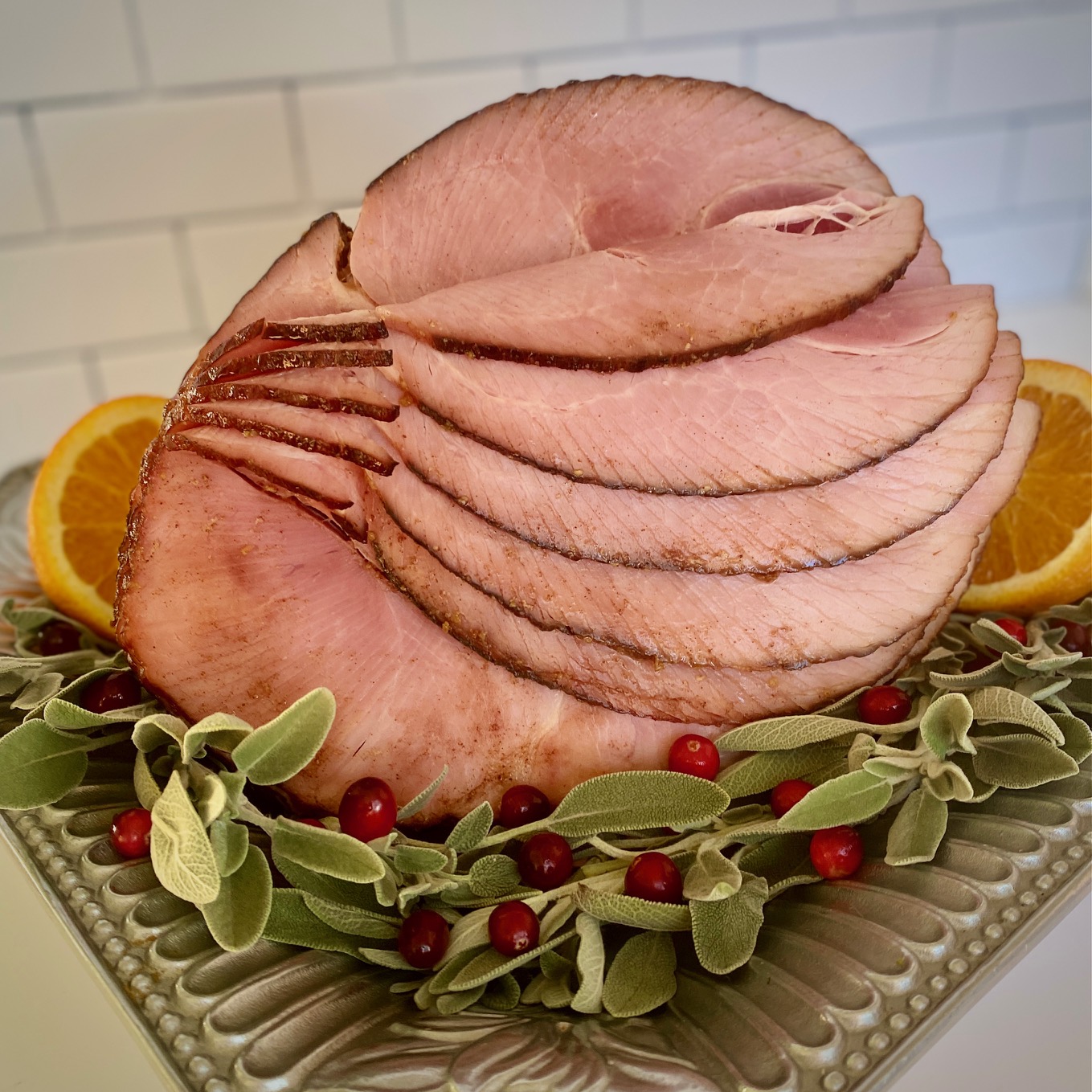 This delicious spiral cut Honey Glazed Ham is coated in flavorful glaze and baked to perfection!

The contrast of salty ham and light sweet honey glaze are a match made in heaven. This crackly glaze is a cinch to make at home with just 7 common ingredients.

The beauty of cooking a ham is that is already cooked! All you actually need to do is warm it up and give it a coating of sweet tangy glaze at the end. It’s the perfect dinner.

Honey glazed ham has always been my top choice for holiday dinners, such as Christmas and Easter. It’s an easy hands-off preparation entree, and the leftovers are perfect for so many things. This recipe will save you the time and cost of buying it pre-glazed from the market.

One of our favorite ways to use leftover ham (and who doesn’t want leftovers?!) is to make ham and Swiss cheese biscuit sandwiches with our fluffy Baking Powder Biscuits. Our recipe calls for an 8-10 pound bone-in ham, which is also known as a half ham.

Our spicy sweet glaze is packed with flavor!

What is the best type of ham to buy:

The majority of hams are already pre-cooked so when preparing you will really just be warming the ham up.

2. For most recipes we strongly prefer a bone-in ham

How to make honey glaze for ham:

This ham glaze is lightly spicy with the addition of Dijon mustard because we like our ham glaze flavorful but not overly sweet.

However, if you prefer a sweeter glaze just omit the mustard, and use dark brown sugar rather than light brown sugar.

Hams are already precooked so all that is needed is re-warming at a low temperature. The final internal temperature should be 140˚F

How long can you store leftover ham?

Spiral-cut hams and leftovers can be safely stored in the refrigerator three to five days, or frozen one to two months. Gently reheat the ham tightly wrapped in foil at 325˚F.

An amazing go-to wine pairing for honey glazed ham is a lovely California or Oregon Pinot Noir. These beautiful Pinots contain a nice balance of acid and sweet fruit flavors that cuts through the richness of ham.

With aromas of cherry and sweet fruit flavors these Pinots compliment the lush honey glaze and the flavor of cloves.

Great side dishes to serve with ham

Every type of vegetable pairs well with ham. Because ham has a salty flavor it’s always nice to serve it with something a little sweet too. 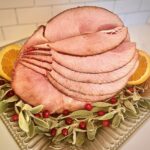